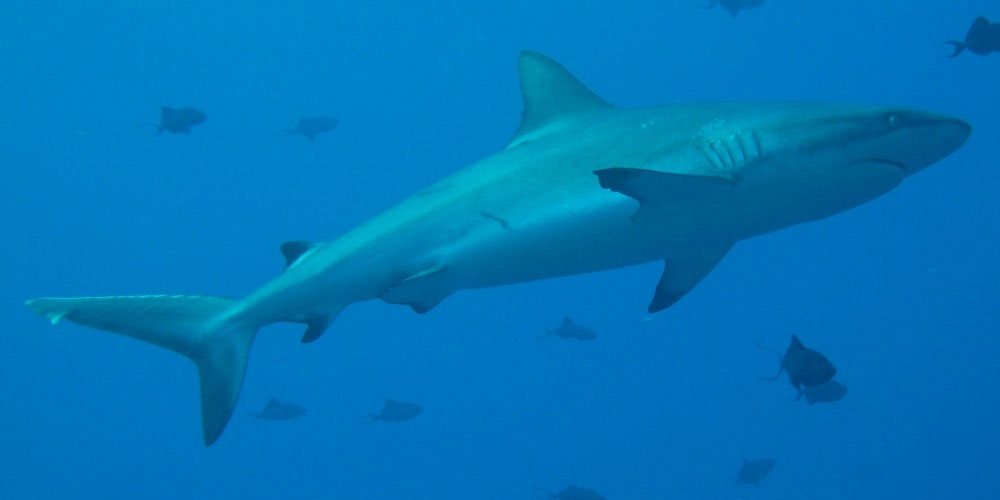 Most sharks have to keep moving to breathe and stay alive. They breathe by swimming forward with their mouths open, allowing water to flow across their gills. Most can’t stop for long. Sometimes sharks rest in places where there is current so water moves over their gills.

The large amount of oil in the shark’s liver helps it float.

The Tiger Shark is considered one of the most dangerous sharks because it is the most common large shark. It hunts in shallow waters and will eat anything that will fit in its mouth.

Sharks can sense weak electrical signals produced by the muscle movements of animals.

The Great White Shark is responsible for more attacks on people than any other shark.

Shark skin was also used on the handles of swords so that warriors’ hands would not slip when they became sweaty.

Shark oil was once used to make vitamin-A pills. It was also used to light lamps in some places of the world.

Sharks were regarded as powerful beings by Pacific Islanders and were revered or worshiped by many island cultures.

Half of the shark species averages less than 1 meter long.

A Thresher shark has the longest tail of any shark. Its tail is about as long as its body.

Mako sharks are among the fastest sharks in the sea, reaching up to speeds of 20 mph for a few moments.

During mating, a male shark would bite the female to arouse her interest.

Tiger sharks eat jellyfish and are not put off by the jellyfish’s stings.

Tiger sharks have been known to grab sea birds from the surface of the sea.

As the shark grows, its new teeth are larger than the ones they replace.

Some sharks produce different shaped teeth as they grow older.