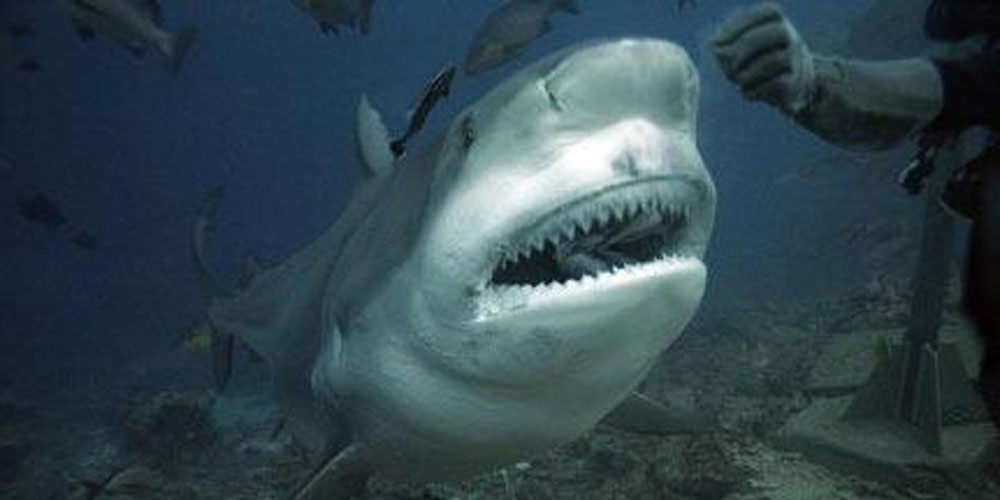 Sharks can be fussy eaters. Sometimes they will take a bite out of their prey or just sink their teeth in to get a taste before they start really feeding. If they don’t like the taste, they spit it out and move on.

Like many mammals, including humans, sharks have a large heart with four separate chambers.

A shark attack on a human usually occurs in less than 6 feet 6 inches of calm water, and within a relatively short distance from shore.

Amanzimtoti Beach in South Africa is the most dangerous beach in the world for shark attacks.

The Megamouth shark is the rarest of the shark species. It was discovered in 1976.

Blue Sharks are the fastest sharks, reaching speeds of 43 mph, but only in short bursts. Their normal speed is 7 mph.

Experts believe that the whale shark may be capable of living up to 150 years, making it one of the longest-living creatures on Earth.

The smallest species in the shark kingdom is the dwarf shark, which averages at 4 inches long.

A shark’s skeleton is made of rubbery cartilage, like the tip of our noses.

The shark which is responsible for most shark bites is the nurse shark. Many divers can’t resist the urge to pull this shark’s tail since it looks completely harmless and they end up getting bit.

Swell sharks received their name from their ability to swallow water and swelling up themselves to appear larger in the eyes of predators.

Sand Tiger Sharks are most active at night.

Bull Sharks are often captured for display in aquariums, as this is one of the few species of shark that survives well in captivity.

Sharks do not chew their food, they swallow it whole. If its too big, they tear it into chunks.
The jaws of bigger sharks are about twice as powerful as the jaws of a lion.

The hammerhead shark has the best sense of smelling.

Sailors on a Navy ship were the first to discover the Megamouth shark.

The most numerous sharks found in the ocean is the Oceanic Whitetip and the Spiny Dogfish Shark.

Bull Sharks have been seen swimming up the Mississippi River.

Shark meat has an unpopular image as food, so fish markets and chefs change the name of shark meat to rock salmon, rock eel, huss or flake.

Port Jacson Sharks lay eggs that look like a corkscrew which sticks to rock crevices.

Baby sharks are born with sharp teeth and the ability hunt right from the start.

Sharks can see almost as well behind them as they can in front.

Pigs kill more people every year than sharks do.

Basking sharks suck in more than 10,000 quarts of plankton-filled water an hour.