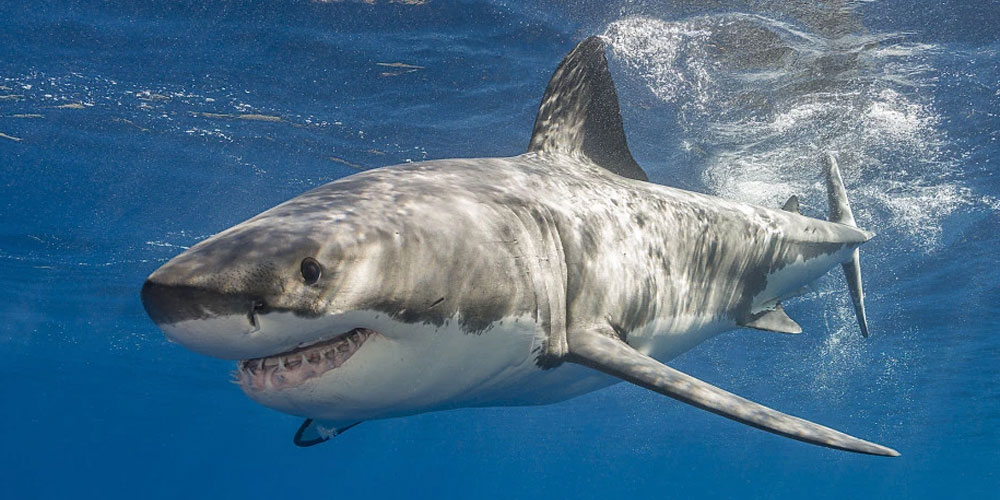 Welcome to a place dedicated to Shark Facts.  Here are some cool facts you might not know about sharks.

There are more than 350 different kinds of sharks.

You are 1,000 times more likely to drown in the sea than you are to be bitten by a shark.

Sharks are more related to fishes like the stingray than they do with the barracuda.

Most sharks as we know them today developed about 64 million years ago during the age of the dinosaurs.

A shark can hear a fish in the water from more than a mile away.

Sharks can smell one drop of blood in a million drops of water.

Scientists can determine the age of a shark by counting the rings that form on its vertebra, much as you can count the rings on a tree to tell its age.

Sharks’ wounds heal quickly and they rarely get tumors.

The Dermal denticles that covers Shark skin is so tough and hard that before the invention of sandpaper, shark skin was used to polish wood.

Shark teeth have been used as weapons and tools for many centuries.

On some islands, villagers believed that sharks were spirits of their ancestors.

Eating Shark flesh is forbidden in both the Solomon and Fiji islands.

About 100 people in the world are bitten by sharks each year. Of these, five to ten die.

If you find this Shark Facts site interesting, than link to us and share with friends. Thanks.